Democrats vs. Republicans: Who Is Better for the Stock Market?

Have you ever wondered whether the stock market does better when the President of the United States is a Republican or Democrat?

Looking at the table below of total returns for the S&P 500 during presidencies since 1929, it is clear that U.S. stock returns have been much better when a Democrat was the president; however, it would be a mistake to conclude that stock returns were higher because a Democrat held the presidency. 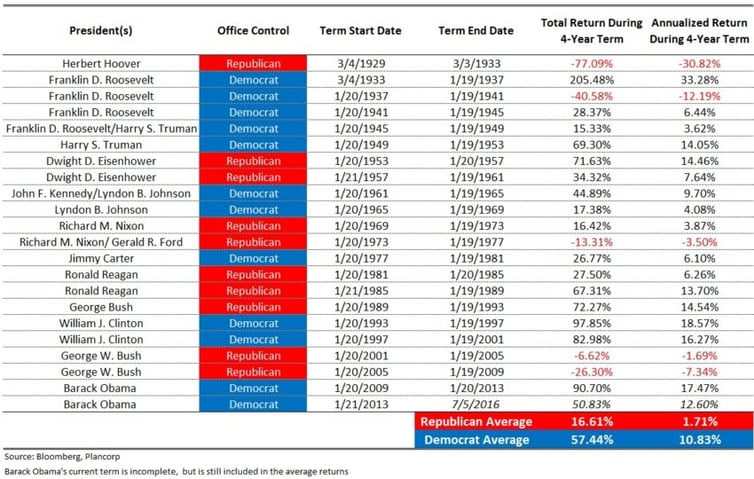 There is no conclusive evidence suggesting the president’s party has any statistically significant impact on U.S. equity market returns (see Campbell and Li 2004). Intuitively this makes sense, because stock returns are influenced by a myriad of factors such as valuations, corporate profits, business cycles, monetary policy, etc. In addition, the increasingly global economy (the S&P 500 generates more than 50% of revenues outside the U.S.) makes the actions of a single government less important.

The stock market is a complex adaptive system in which cause and effect are not easy to link. Market movements, particularly over short periods such as a presidential term (yes, four years is a short-term investment period), are random.

As election season heats up, the average investor should think twice about making adjustments to his or her portfolio purely in response to election results. Instead, focus on the things you can control such as savings rate, investment costs and taxes. 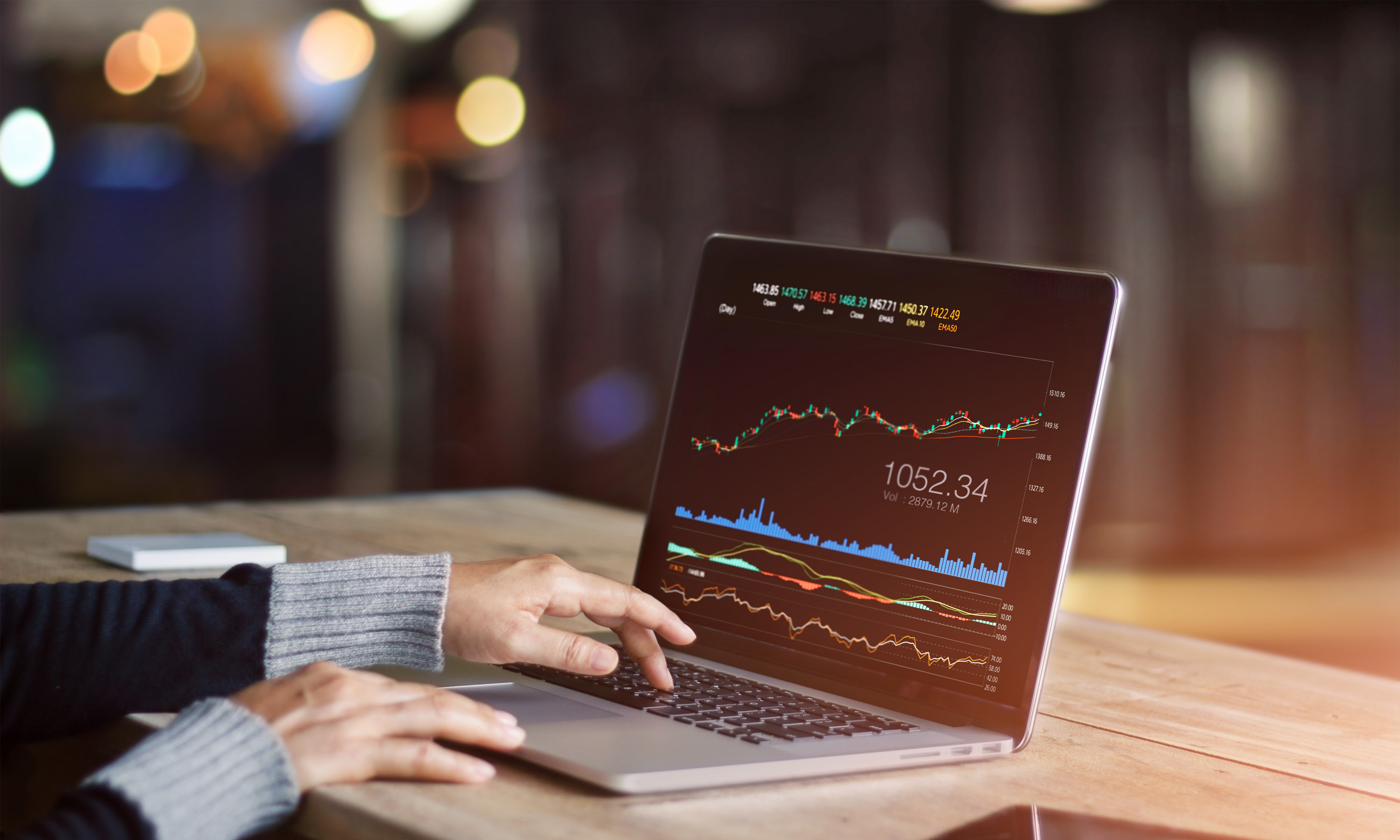 The Risks of a Single Stock Concentration

Say the word “investing” and a lot of people automatically think of buying individual stocks. Even though the stock market isn’t the biggest financial market out there—that would be the bond. 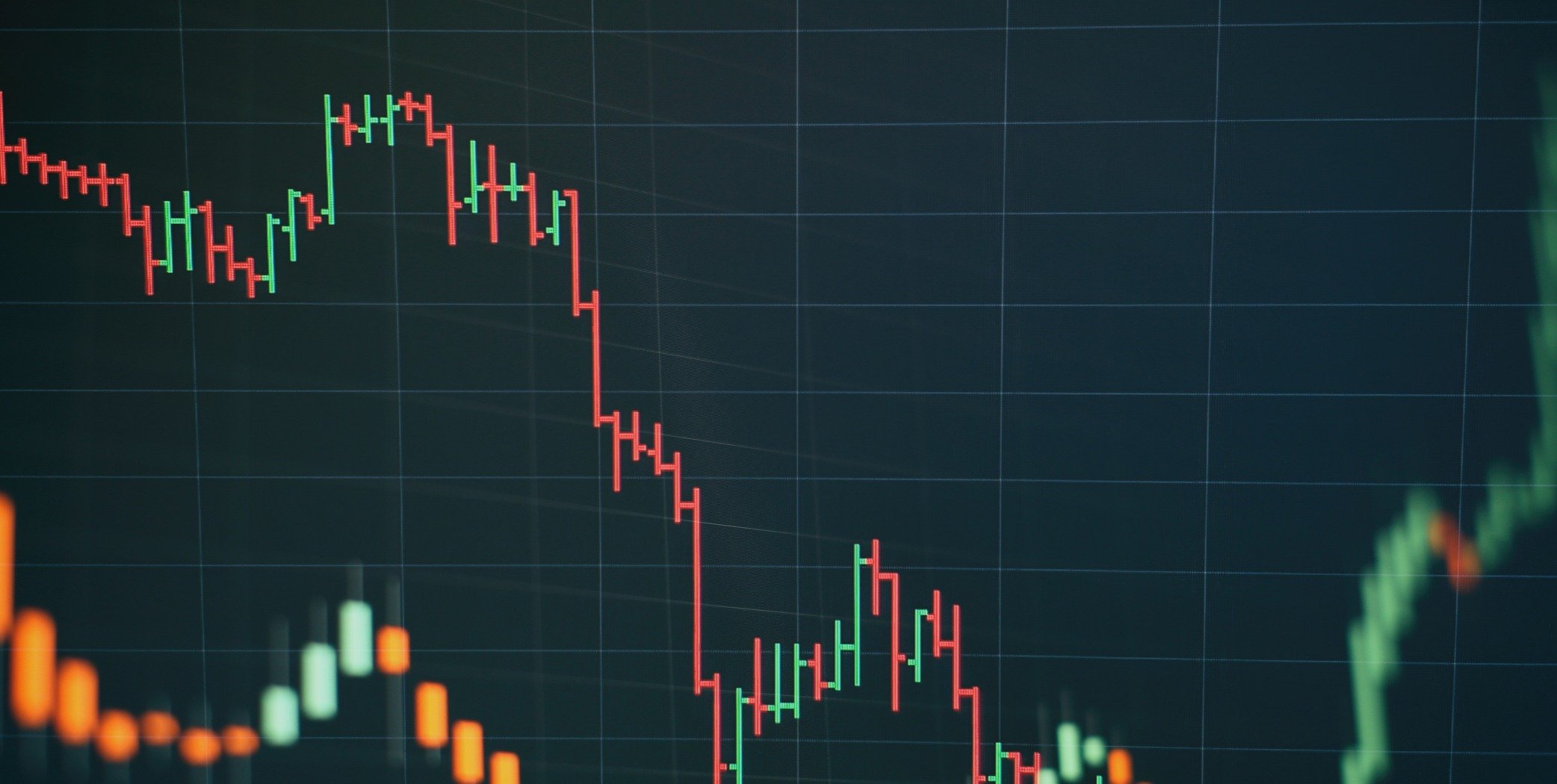 With election season heating up, debates on what a Trump or Biden victory could mean for the stock market are intensifying, too.