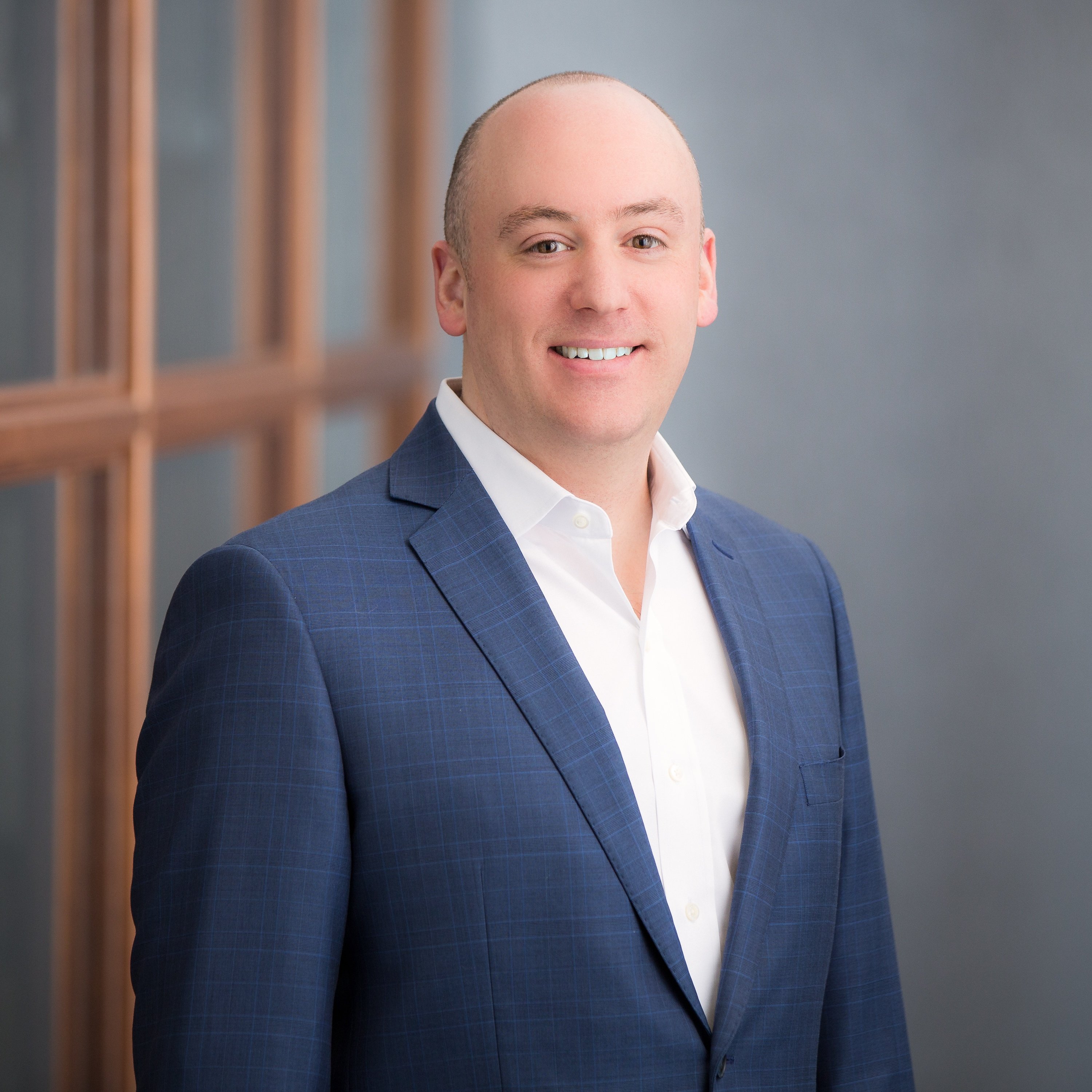 Tax reform seems to be the topic du jour of everything from dinner conversations to media headlines. But the frequency with which it changes, not to mention the current length of the bills (more than 400 and 500 pages for the House and Senate versions, respectively), makes it difficult to sift through the noise and understand what tax reform means for you.

On November 16, the House of Representatives approved its version of the Tax Cuts and Jobs Act (H.R. 1).  The House bill will proceed to the Senate.

On the same day, the Senate Finance Committee approved markup of its version of the tax reform bill and sent the bill to the Senate Budget Committee.  The full Senate will consider the bill after the Thanksgiving holiday.

The House and Senate versions of the bill still include fairly stark differences, as demonstrated by the key provisions charts below. (Please note these are not all-inclusive.) 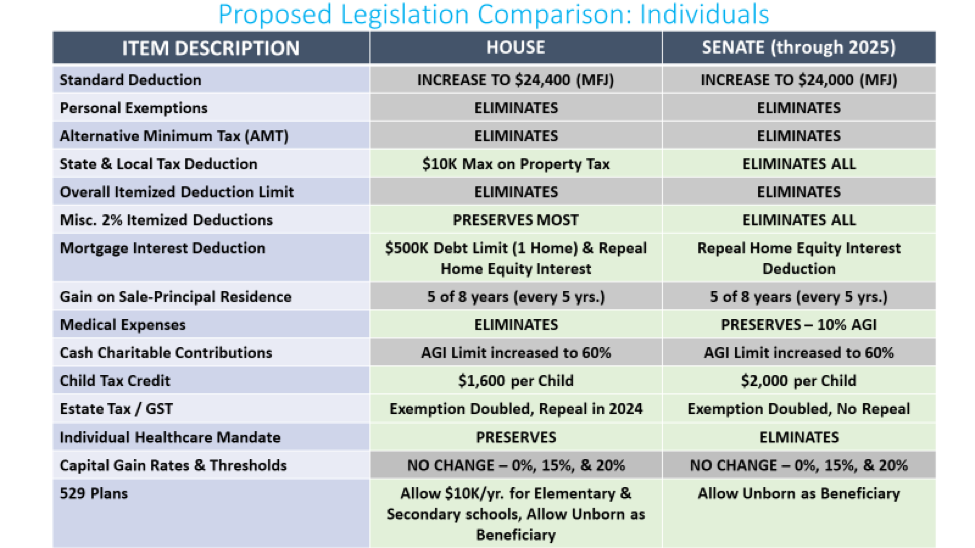 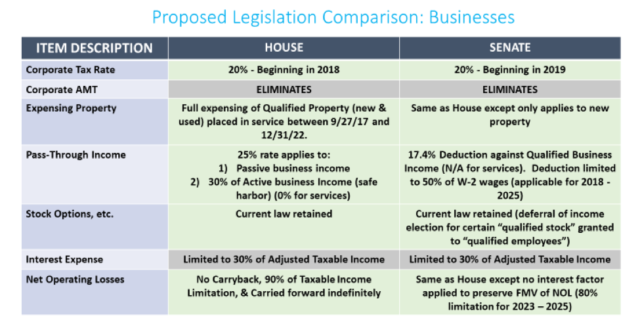 What Tax Reform Means for You

While Congress continues to deliberate, keep these early planning considerations in mind as the end of the year approaches.

1. If not subject to Alternative Minimum Tax (AMT), prepay your state & local income and property taxes in 2017.

This will allow you to deduct these items in 2017 as these deductions may be limited/eliminated in 2018.  If you expect to pay AMT in 2017, you lose the benefit of the deduction for state and local taxes anyway.  So, you would not benefit from this tactic.

Under the House bill, your marginal rate on this income could actually be lower in 2017 due to the phase out of the 12% income bracket for high income individuals.

3. Plan for estate tax to remain.

The estate tax and Generation Skipping Tax are only repealed under the House bill.  The exemption is doubled under both bills but under the Senate version it would revert back to the current exemption amount (presumably adjusted for inflation) after 2025.  The “death tax” is always a hot topic in our nation’s capital.  So, any changes as a result of near term tax reform could be the focus of change in the future.  Especially if Republicans lose control of the House or Senate.

Quantifying the savings of any year-end tax planning is always important—even more so when the rules may change and uncertainty is involved.*

Where We Go from Here

The full Senate is expected to begin its consideration of the Senate bill after the Thanksgiving holiday, and it is possible additional amendments will arise on the Senate floor. The full Senate will conclude with a final vote on the passage of its bill.

Ultimately, the House and Senate must pass identical legislation before sending to the President for signature. Reconciling their differences will likely be the most challenging step in the tax reform process. However, Congress leadership has communicated their goal of passing a bill and sending it to the President before the end of 2017.

As additional updates become available, we will share them here.

*Please note that we recommend speaking with your CPA before executing any strategies based on potential reform.

Tax Implications of Moving from State to State

What are the tax implications to consider if you’re moving from one state to another?

Each state has a unique set of taxes, such as property, sales, estate or inheritance, and income tax, that apply. 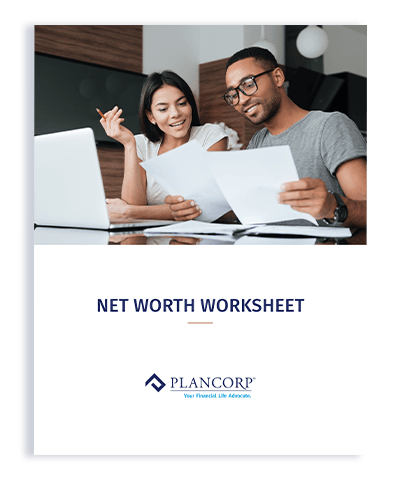